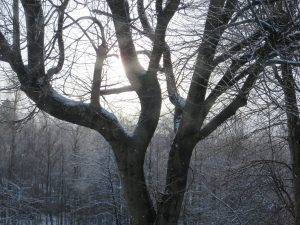 In a recent blog post (Dec 2016), “No Wall to Lean On”, published on the Allegra Lab site, I wrote about a BC/Newton funded researcher workshop I attended in London. The research workshops initiated collaboration with a group of Turkish activist academics and colleagues from Queen’s University, Belfast, researching issues pertaining to refugees and migrants.

We were coming together to discuss, from different disciplinary and conceptual perspectives, the multitude of threats to life and wellbeing Syrian and other Middle Eastern refugees and asylum seekers and North African migrants faced in their attempted journeys across North Africa, Turkey, the Middle East, the Mediterranean and European Union. This was as they fled conflict, war and dire economic and physical hardship and persecution. The plight of refugees and asylum seekers has now been extended and exacerbated by the presidency of Donald Trump in the USA.

The workshop was an opportunity to discuss the intractable attitudes and hostilities these people face, their dehumanisation, the hubris and popul(ar)ist nationalist discourses at play within and across nation states, and the ever-deepening racism and xenophobia that spreads like a disease across national and institutional boundaries, and seeps into the collective psyche of everyday people in everyday practices in everyday places.

In writing the blog, it reminded me of the importance of leadership in educational and professional contexts, and that in every encounter with ‘the other’, we have in Levinasian terms, the responsibility of an ethic of care that transcends the ‘radical unknowability of the other’. These conceptual ideas are ones I have been grappling with in my own work in considering ethics and curriculum.

Too often leadership is taken up as the coercive intent to lead the other by presuming we know about them, that we know what is good for them, that we know better than them what is best, and that via institutional designations and appointments, we have the right to make such determinations. The ‘leaders’’ authority over ‘the other’ presupposes a naturalness of that condition, and that our knowing about or for the other is one of rightful superiority, thus creating the conditions for the others’ ‘epistemic suppression’, in Quijano’s (2000) decolonial terms.

But this form of leadership, which presupposes ‘natural’ and ‘rightful’ authority, does something else: It serves to suppress the spirit of the other, and thus has ontological other than epistemic effect.

Often in leadership contexts, designated leaders feel they are maintaining ‘standards’ or displaying ‘strong leadership’ by overriding the rights and humanity of others, and by imposing their or the institution’s own interests and values over those of others who are without power.

Rather than acts of strength, such leadership acts as weakness, thus installing a deadly flaw in the very centre of things … which takes me back to the arguments I made in Allegra Lab with which I began this blog post.

DIRECTOR OF ACCESS TO DEGREE STUDIES, UNIVERSITY OF STIRLING. My research interests and expertise span reconceptualist curriculum perspectives, mathematics education, cultural studies, critical theory, critical / ethical internationalisation in education, democracy in education, and social and ecological justice. I am interested broadly in critical, ideological and socio-political perspectives in education and society. I mostly write from poststructural and de/post-colonial perspectives. In particular, I have expertise in critical global citizenship, democratic education, and indigeneity, especially the African onto-epistemology of Ubuntu. Philosophical and social concerns around poverty, marginalisation, (neo)colonialism, oppression, as well as my research into what I call “the construction of disadvantage” frame much of my work. Hegemonic tenets within neoliberalism, economic development and globalisation reflect ongoing concerns of injustice, and I have research and personal commitments to social and ecological justice and egalitarianism. I also have expertise in critical arts-based and narrative methodologies (especially the qualitative methodological approach I developed, 'critical rhizomatic narrative'), and other creative, post-foundational and counter-hegemonic research and writing methodologies and practices. I also bring arts-based approaches to bear on mathematics education as a decolonising practice.